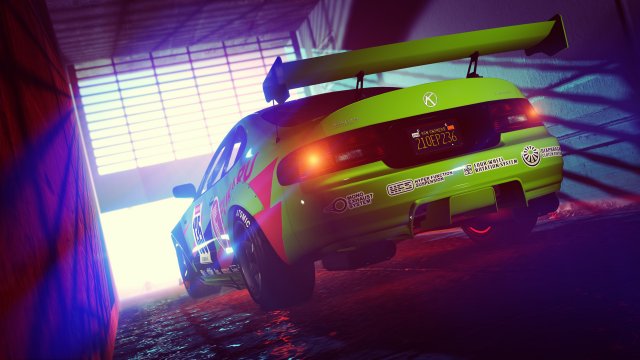 May 18, 2021 at 5:21 p.m
from Thilo Bayer –
A next-gen version of GTA 5 for PS5 and Xbox Series S | X was announced a year ago – now there is the date. Of course, there aren’t really any details about the features yet. And it’s still unclear what’s happening on PC.

In November, GTA 5 will also land on the next-gen consoles PS5 and Xbox Series S|X – as a full version without a compatibility mode. So far it was only known that Rockstar is aiming for the second half of 2021 for the release, now you know exactly.

We remember: Since the release in 2013 on Playstation 3 and Xbox 360, GTA 5 has enjoyed great popularity around Los Santos. Grand Theft Auto 5 is also available in a version for Playstation 4 and Xbox One – and of course also for PC (since 2015). When the next-gen versions are released on November 11th, 2021, GTA 5 will have the honor of appearing on three generations of consoles. And on the PC.

Exactly which improvements Rockstar integrates remains a mystery – including whether PC players get an advantage. Of course, not only GTA 5 (buy now €189.95), but also GTA Online revised. There is talk of “new features and much more”. As a prelude, there are advantages in the summer update for GTA Online, from which all players of the “extended and improved versions can benefit upon release”. Rockstar is also promising surprises for the 20th anniversary of GTA 3; some of which are said to be exclusive to GTA Online players. PS5 players should have the advantage of being able to use the title for three months free of charge with GTA Online Standalone. “Coming soon” there should be more news.

In general, Rockstar wants to put a lot of effort into remasters. You don’t simply port individual titles to a new platform, but take the time to adapt the games to the new technology as best as possible. You “improve the technology, upgrade the look and add performance improvements”. Visit Rockstar directly for more details on upcoming updates to GTA Online and Red Dead Online.

Rockstar Games seems to have injected some Enhanced Edition files with the latest update for GTA 5 on PC.