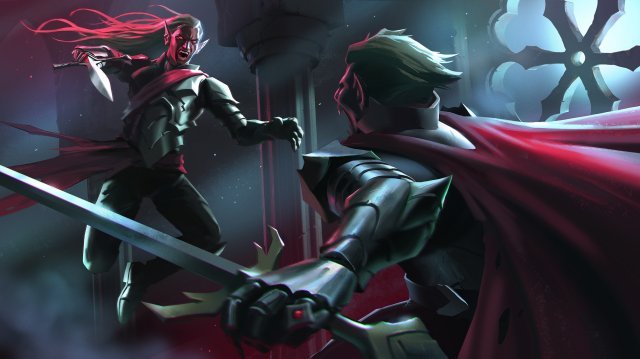 05/30/2022 at 13:41
from Rhonda Bachman –
The vampire adventure V Rising recently entered Early Access on Steam. However, the survival game has been dominating the Steam charts for the second week and, like last week, is twice in the top seller list. The title recently received a new patch designed to improve stability and performance.

V Rising is unstoppable and has finally established itself as the latest Steam hit. For the second week in a row, the vampire title is number 1 on the Steam Charts. V Rising’s Founders Pack is also back on the weekly top sellers list, but fell back a spot, coming in at #6 in week 21.

V Rising defends its top position in the Steam charts

Most recently, the developers at Stunlock Studios were happy to sell more than one million copies of V Rising. And that just under a week after the start of the survival game. V Rising was released in Early Access on Steam on May 17th, 2022 and had already reached the milestone of one million players on May 24th.

The vampire survival title can also be found in the top 10 most played games on Valve’s gaming platform. V Rising is currently in 9th place, just behind the immensely popular Grand Theft Auto 5 (as of May 30, 2022, 11:30 a.m.). On May 22nd, V Rising had its most successful day to date with around 150,000 concurrent players. At that time even GTA 5 or Team Fortress 2 had to admit defeat.

The developers at Stunlock Studios recently released a new update for V Rising. Client patch 0.5.41591 is said to bring general client optimizations to improve stability and performance. Among other things, a choice of texture quality and an fps limit have been added to the graphics options. In addition, other errors and problems have been fixed.

Jump to the comments (0)